First settled in the early 1700s, the land that would become Fulton, Maryland changed hands numerous times throughout it's long and often chaotic history. It wasn't until the late 1990's however that new developments began to take shape in Fulton, and the area began attracting more and more home builders (and buyers) looking to erect gorgeous homes on beautiful suburban properties.

With it's proximity to the Patuxent River; nearby access to Baltimore, Columbia and Washington, D.C.; and its luxury Maple Lawn community, it is no wonder homes for sale Fulton have steadily been increasing for more than a decade now. Add to that one of the highest average home values of any Howard County community, and you have an ideal destination for home buyers and sellers alike.

If school zones are high on your list of considerations, Fulton boasts an 8/10 rating from GreatSchools.org with both Fulton Elementary and Lime Kiln Middle School being rated among the best of their kind in the county. Fulton's primary high school, Reservoir High School, has also quickly developed a solid reputation and is climbing the ranking charts each year.

If you are looking for a luxury home in Howard County that offers plenty of nearby amenities, solid school options and proximity to major metropolitan areas, Fulton should certainly be on your radar.

Homes for Sale in Fulton, MD

Enjoy all that Maple Lawn has to offer in this lovely condominium with private elevator built by Bozzuto. Featuring a prime Midtown location on a quiet side-street overlo...

Fulton, Maryland is a hidden oasis conveniently nestled between everywhere you want to be in the DMV. While enjoying 3 acres in a beautiful & quiet neighborhood, your hom...

Looking for the perfect home in the perfect place? Chances are you'll want to check here first. 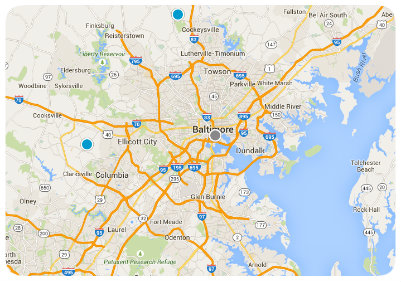